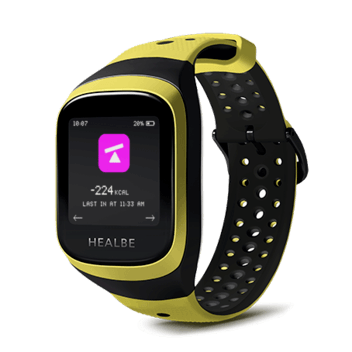 The only smart band in the world that tracks calorie intake, hydration and emotional levels automatically!

Get a better understanding of your energy balance! Manual calorie counting can be left behind - HEALBE GoBe3 counts digested calories automatically.

HEALBE GoBe3 tracks your body hydration 24/7 and notifies you when to drink water.

Don’t rely on your feelings when it’s time to drink. Use GoBe3 as an early reminder of dehydration.

Modern life is incredibly stressful. Use GoBe3 to understand your emotions and keep stress under control.

GoBe3's groundbreaking design monitors nine key vitals (via HEALBE FLOW™ Technology) non-invasively through the surface of your skin … all with real-time accuracy. With fully customizable features, the GoBe3 comes equipped with built-in Wi-Fi making it a cinch for anyone to take control of their stress, sleep, energy balance, heart rate, distance traveled/steps taken and so much more! The GoBe3 includes new hypoallergenic titanium sensor contacts, sleek styling and a soft-touch band for all-day-long comfort.

It's time to take all the guesswork out of diet, health and performance. 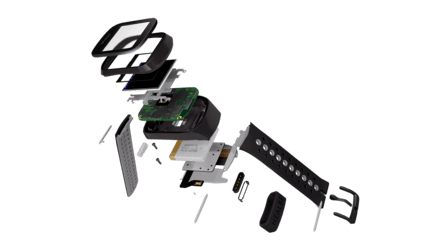 FLOW™ Technology then applies this information to an advanced algorithm to analyze this data and calculate calorie intake vs. calories burned. In general, if the user consumes fewer calories than burns, the GoBe will show a caloric deficit for that day. 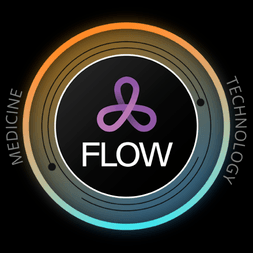 In 2018 two independent studies were initiated and conducted by UC Davis (California, US) & Red Cross Hospital (Guangzhou, China) to validate the accuracy of GoBe calculations and measurements. The studies have proven that the GoBe product line measures human body hydration with a high level of accuracy. In particular, the actual rehydration and dehydration levels correlated with the GoBe data.

The accuracy of its calorie intake measurements is proven to be at 89% rate. 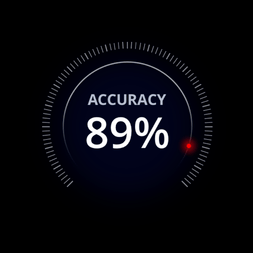 “You can treat yourself with confidence that you are not being naughty, or you can be naughty, fully understanding the consequences.” - Keith D., 51

“Nothing came close to what the HEALBE actually did, like–tracking the cellular respiration. First time ever, that was not theoretical, that was for real.” - Chau P., 41

“I knew that I needed to hydrate myself more, but I never had the knowledge when to drink, what to drink . . . HEALBE gave me this control mechanism.” - Bernhard G., 33

Artem Shipitsyn is a technology and marketing entrepreneur with more than a decade of experience in the mobile, IoT, health 2.0 and advertising sectors. His varied background includes startups, tech innovation management, new business strategy, product development, and change management.He co-founded HEALBE™, a Redwood City, Calif.-based consumer technology company with offices in Russia, in 2012 along with George Mikaberidze and Stan (Stanislav) Povolotsky. Under his leadership, the company spearheaded a successful Indiegogo crowd-funding campaign in 2014 that raised more than $1 million dollars to support its 2015 launch of the GoBe™ smart band. He oversaw the rollout of the device that covered 48 countries.In January 2017, he and his team introduced the second generation “GoBe2”, at the Consumer Electronics Show in Las Vegas. The third generation “GoBe3” is launched under his leadership in December 2019. The new device is targeted to the weight loss and maintenance market and integrates company-patented Healbe FLOW™ Technology, which automatically measures calorie intake and body water levels of users non-invasively through their skin.Prior to HEALBE, Shipitsyn was a co-founder of Iridium, a marketing company based in Moscow, where he led teams in executing marketing research and concept development to support local and global brands including Rostelecom, Sberbank, L’Oreal, Valio, Reebok, Hearst Shkulev and Discovery Channel.Shipitsyn attended the National University of Science and Technology /MISIS, Russia, where he earned a Bachelor of engineering technology degree, as well as a Master’s degree in semiconductor technology and devices. 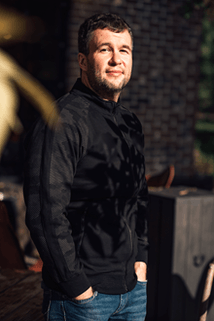 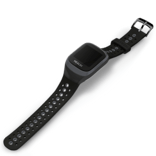