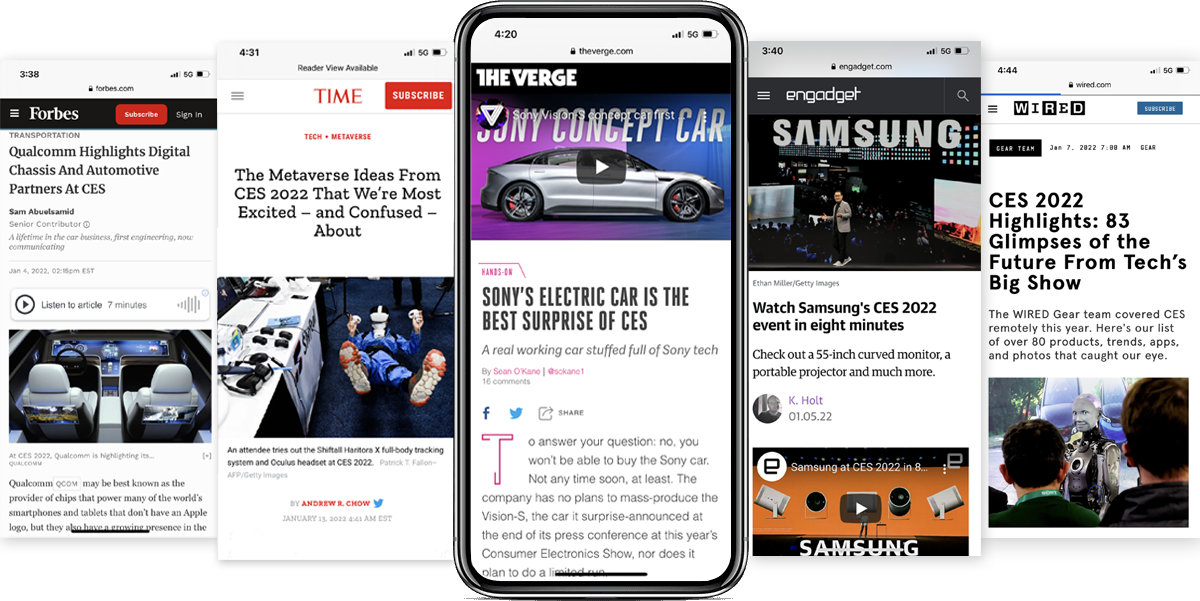 Our Happy Clients Have Appeared in Thousands of News Outlets 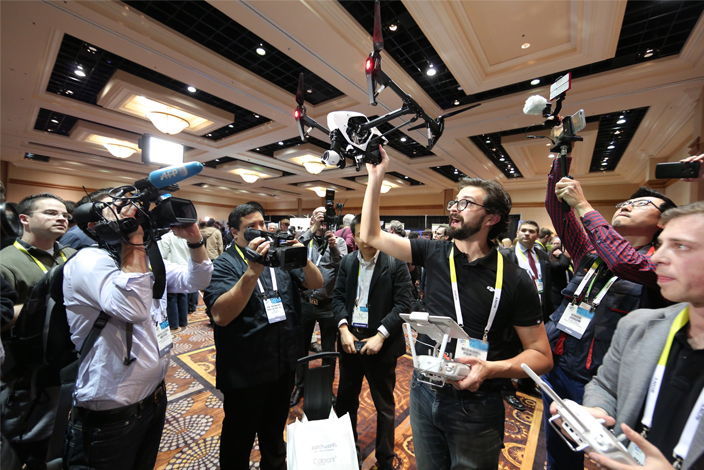 Get Awesome Press at CES

CES is right around the corner. Soon thousands of the world’s top reporters will be headed to the big show. If you expect to grab their attention while you’re there, you’re too late. Reporters plan what products they'll feature well before the show. That's where we come in. We're already working with reporters, lining up interviews with them for CES. If you want to be included in outlets like Techcrunch, Forbes, Mashable, Fast Company, Engadget, Wired and more, now's the time to get started. Don't miss this opportunity.

We decided to use Visiting From Space to help with the heavy lifting of reaching out to the press during CES. We received fantastic press coverage. Our coverage went viral! We were all over the news and appeared on Good Morning America, USA Today, Engadget, Digital Trends, Mashable, The Verge, CNET, ABC News, NBC News, CBS News, and so much more. We were absolutely amazed with their approach and the results. 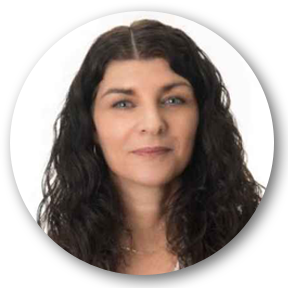 The top reporters attending CES receive hundreds of emails a day. If you want to STAND OUT and receive coverage in the top news outlets you’ll need to hire an expert. We are the #1 PR Agency in the world for CES exhibitors. All of our clients generate results, we guarantee it. Here’s why:

1. We only work with a limited number of exhibitors so we can focus on your project.

2. We know the reporters attending CES and they know us. We work with them throughout the year so we're able to leverage our relationships to get you all over the news.

3. We know what materials reporters look for and we know how to deliver your company to them in a way that gives you the most press possibilities. 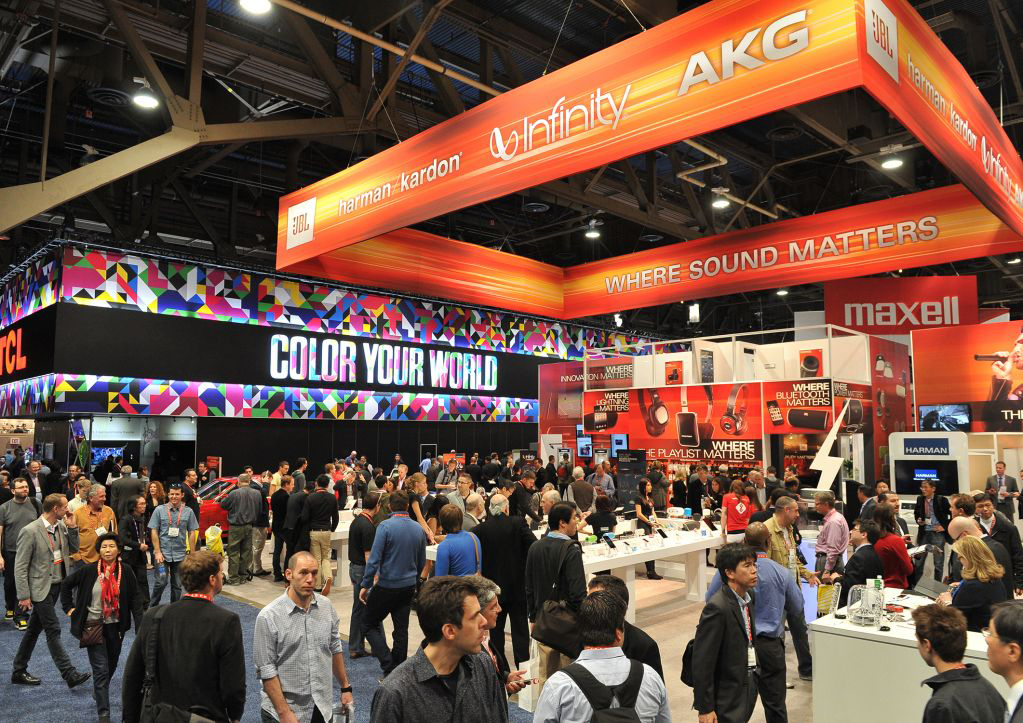 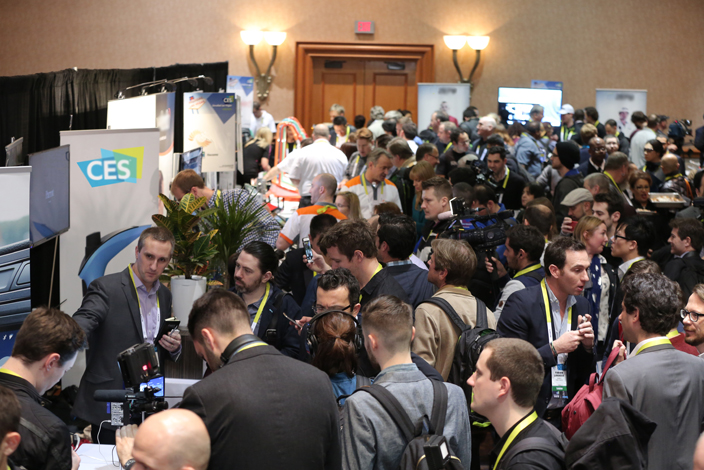 Sit back and relax while we do all the work for you. We are experts in CES and technology PR. We have deep relationships with the world’s top reporters. We know who they are, we speak their lingo, we know who’ll be attending CES, and we know how to get your company to them in a way that gives you the most news coverage.

Our work begins NOW. We use this time to build all of your media assets, everything a reporter needs to feature you in the news. Then we start reaching out to our media contacts, scheduling interviews and coordinating articles for CES. While you’re at the show, we keep the press coming, following up with our contacts and making sure journalists have everything they need. Fasten your seatbelts! It’s about to get awesome!

In just one month, Visiting From Space got us featured in Fast Company, the Huffington Post, Techcrunch, Engadget, Wired, Mashable and over 500 more news outlets. All of the visibility immediately boosted our sales by $346,000 and paved the way for a $4.6 million dollar round of funding. Amazing!! 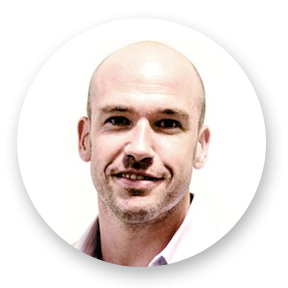 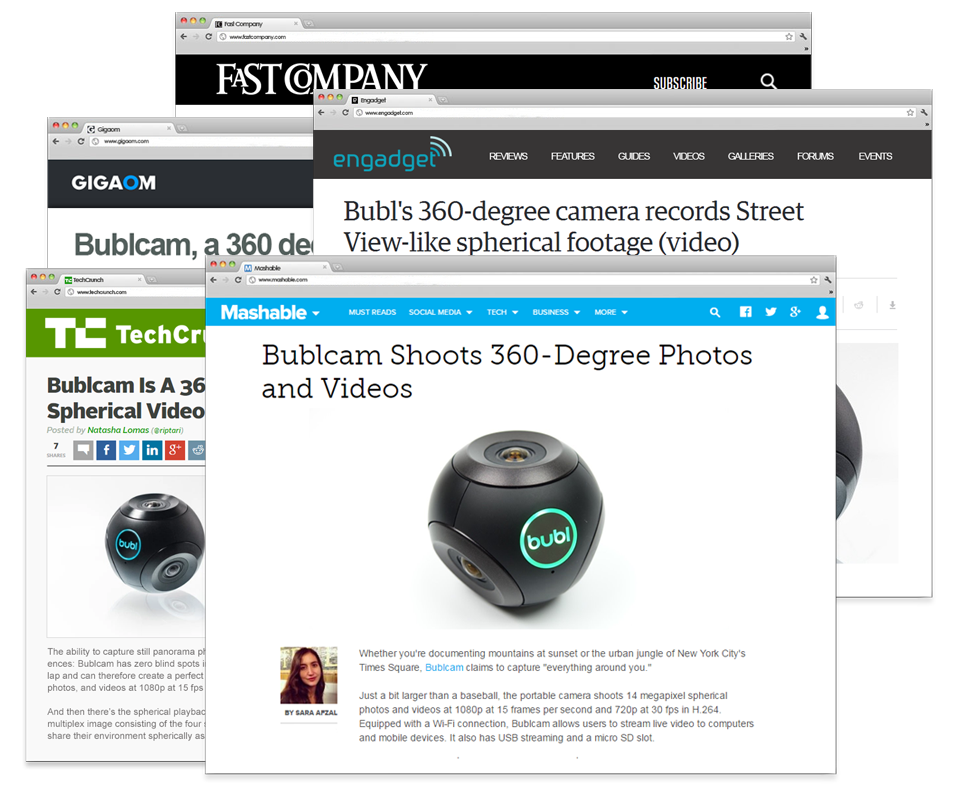